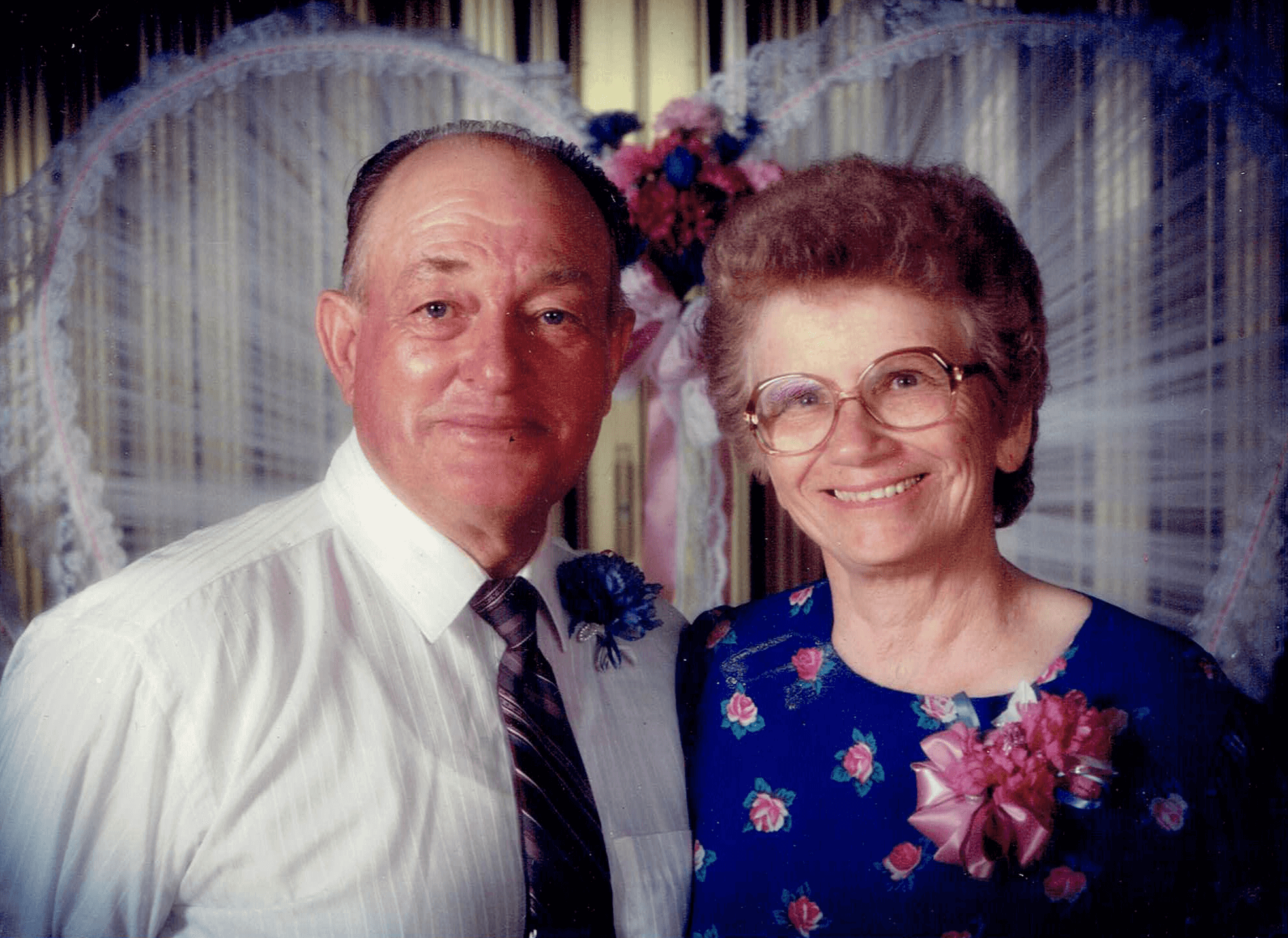 The Dot Foundation was created in Dorothy Whitney’s honor to give people seeking help a place to request assistance and to give those looking to serve a place to contribute.

Dorothy Whitney Hawkins was born February 23, 1927 in St. Thomas, Nevada. When she was 5 years old the Federal Government built the Hoover Dam and evacuated the town of St Thomas to make room for Lake Mead. The Whitney family moved to Hurricane Utah where Dorothy, or Dot as loved ones called her, went to school, married, gave birth to 8 children and spent her life giving service.

Dot and her husband Arlond struggled in the beginning as they built their family and farm business. The farm didn’t provide much and Dot was barely able to keep her own children fed and clothed, but as time went on the farm prospered and she started helping those around her. She bought from all the people who were trying to earn a bit of money selling door to door; the Avon Lady, the Watkins Man and the kids earning money for sports and school. Dot even bought brownies from the lady down the street, anything she could do to help someone get ahead.

Dot’s kids had a family joke; don’t eat anything in the kitchen until you know if it is for someone else. When clothes, shoes, formal dresses or toys turned up missing they knew Dot must have found someone who needed the items more than they did. Sometimes Dot would arrange babysitting jobs for her daughters but make sure they would say they were doing it for fun and didn’t want to be paid.

Dorothy supported local businesses even if it cost a little more because she knew it made the community stronger and helped her neighbors. Many strangers were taken into the Hawkins home and made to be part of the family, it didn’t matter who they were or where they came from. If workers came to pick fruit and they had little kids and a wife, they were invited in out of the heat to play and visit, and then Dorothy fed them. She considered everyone a friend, and the large round dining table was often filled. No one was ever turned away without a full stomach. Dorothy didn’t just love people she loved animals too. She once had a dog that had eight new puppies; someone poisoned the dog so Dorothy fed all the puppies on a baby bottle until they could eat on their own.

It wasn’t just food and things she was anxious to share; she also gave of her time and talents. She served as a judge of elections for many years, she also volunteered in her church and her community. Her and one of her friends spent untold hours cleaning up the city. Dot didn’t hesitate to jump on the tractor to pull out fences and old barns that were falling in. She wrote poetry for all of her daughters each summer so they could participate in the Farm Bureau talent show and get a silver dollar to spend at the County Fair. She wrote Road Shows, Relief Society programs, and school assemblies. She had a great sense of humor and shared her talents with many.

Dorothy and Arlond served a mission for the Church of Jesus Christ of Latter-Day Saints in their early 50’s. After they completed their mission they moved to Texas and went back to farming. She struggled there and was happy to return to Utah. When she came back, she worked at a hotel one of her daughters owned. The bus came in across the street and there were always people on the bus who needed a few dollars for food. She accommodated all she could. There was a man who was born without arms who would come in and she would feed him breakfast and then give him $5.00. He promised he wouldn’t buy alcohol with it, but he always did. One day the hotel received a letter from the City saying their employees had to quit giving him money for beer. But that was the way Dot was, always trying to make other peoples lives better even though she had very few of life’s luxuries herself.

Two days before she left this world she was worrying about her neighbors, having her tithing paid and all of her other obligations taken care of. She was so ill she couldn’t stand but she was still feeding those worse off than her. She taught her family many things but the most important thing she taught was to do what you can to make this world a better place.